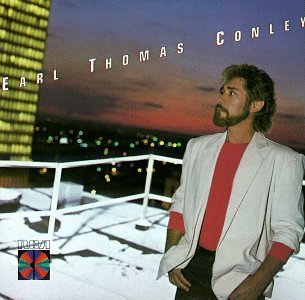 NASHVILLE, Tenn. - Nashville Songwriters Hall of Fame Member Mac Davis has passed away at age 78. Some of his most legendary hits as an artist include, “Baby Don’t Get Hooked On Me,” “Naughty Girl,” “Texas In My Rear View Mirror,” and “Hooked On Music.” As a songwriter, Davis penned hits for artists such as Nancy Sinatra, Elvis Presley, B.J. Thomas, Bobby Goldsboro, Vicki Carr, Perry Como, and many more. While living in California, Davis began acting, appearing in The Dukes of Hazzard: Hazzard In Hollywood, Murder She Wrote, Where The Red Fern Grows, Beer For My Horses, and more. Davis was not only a poetic prodigy, but a friend to many in the music and entertainment industry.

Fellow artists mourn the loss of their friend and share fond memories that have left them forever inspired by the timeless, Mac Davis.

“American music has just lost a premiere singer, songwriter, entertainer, and a genuinely great human being. In a year already fraught with sacrifice and loss this is another one that is hard to process. Goodbye Mac Davis… until the day…” - Joe, Duane, William Lee, Richard - The Oak Ridge Boys

“Mac Davis was such a great guy and an amazing writer. One of the best in the business and a wonderful friend. This is a huge loss to the music industry. His family is in my prayers.” - B.J. Thomas

“There’s no way to express the grief that we feel about Mac Davis. The entertainment industry will miss this great talent and beautiful American. We pray for his family and those that love him” - Lee Greenwood

"This is another loss for the greatest era in American contemporary music with the passing of this extremely talented soul, Mac Davis" - Sam Moore

“I cherish the tours I had with Mac Davis and was thrilled to work the Nevada casinos with him. He made a huge impact in our world of country music, and greatly respected. Love you Mac.” -  Janie Fricke

“We’ve just lost one of the greatest singer/songwriters that I’ve known in my lifetime. Say Hello To Heaven Mac Davis.” - David Frizzell

“I’m so very heartbroken with the loss of Mac Davis, one of the world’s greatest writers, singers, and actors, but above all of that, he was a dear friend. He was always quick to shed light on other’s talents and help them shine. I’m grieving for his precious wife Lise and their family. I pray God will comfort her during this very sad and difficult time. I’ll always cherish the memories he pressed between the pages of my mind.” - Kelly Lang

“Mac Davis was a music trifecta: he could write, he could sing, he could entertain—and he was great at all three. In the mid-'70s, I remember inching up to the television as a boy and watching the Mac Davis Show. My favorite part of the show was when Mac ventured into the crowd and asked the audience members to shout out a person, place, or thing. He then asked them to give him a scenario, and on the spot, he would make up a song. No wonder he became a member of the Songwriters Hall of Fame.

It was a big moment for me when I met and worked with my hero years later. The last time I saw Mac we were in the studio together and he was singing me one Beatles' song after another as his alter ego Max Birnbaum. I laughed until I cried. Mac had a wicked sense of humor. He will be missed. We have lost one of the greats.” - Tim Atwood

"I came across Mac Davis telling a story about Elvis. He’d been invited to see a movie with Elvis at a theater. He told the story in such a warm and funny way that I watched him tell it several times and actually wished I could have met him. Then I learned that he wrote the song "Memories" and I was really moved. This is such a beautiful, incomparable song that words can’t express my admiration for it. Here’s to Mac Davis. You were a Good Ol Boy for sure and I sure wish I could have met you for a beer or two." - Don McLean

“I am praying for my friend Mac Davis and his family. I can’t believe this and will see you on the other side. I love you Mac!” - Johnny Lee

“I am very saddened to hear about the passing of Mac Davis. I met him at Vince Gill’s golf tournament and I saw him at that same event for several years. He was always fun and funny! What a songwriter.  “In The Ghetto” is one of the best songs ever! Our thoughts and prayers are with his family. God Bless.” - T. Graham Brown

“Thank you Mac for all the amazing songs you’ve contributed and shared with the world …. "A Little Less Conversation” and a lot more. God bless.” - Andrew Farriss

"Bunches and bunches of love with angels all around. Love you Mac!" - Lacy J. Dalton

"It’s strange, out of the blue last week, I was thinking about Mac Davis and his television show I watched when I was young. I thought that the most memorable part of the show is when he would go into the audience and ask someone to make up a song title. He would then, on the spot, create a small song with the title. It was incredible. He was an unbelievable songwriter and singer and will be so missed." – Jeff Carson

NASHVILLE, Tenn. – Two-time CMA and ACM Female Vocalist of the Year Janie Fricke proves that there is no place like home for the holidays with the release of her first-ever Christmas album, ‘A Cowgirl Country Christmas.’ Fricke’s voice has been a staple in country music for decades and now fans across the globe can add this album to their holiday favorites. Singles that evoke visions of sugar plums and snow such as, “Winter Wonderland,” “Jingle Bells,” and “The Christmas Song,” will be featured on the album along with the original single, “The Followers” written by Fricke and Jeff Steele. 'A Cowgirl Country Christmas' is now available exclusively at JanieFricke.com or facebook.com/janiefricke.

“Christmas is my favorite time of year,” says Fricke. "It is a chance for family and loved ones to gather while having great food, fellowship, and sharing the love, while celebrating our savior, Jesus Christ’s birth. It is a way to bring the year to an end and celebrate such a joyous occasion. I had never recorded a Christmas album before. It was exciting to research my favorite Christmas songs and remember my mom playing piano and teaching me how to sing.”

'A Cowgirl Country Christmas' was produced by Fricke, Jeff Steele, and assistant producer Sonny Morris. Fans of Fricke will be whisked away in comfort and joy after reveling in her signature sound crafted with a whole new sentiment. Fricke’s vocals are perfect for the soothing ballads and cheerful jingles that are nostalgic for the Christmas season. Listeners anticipate classic stories displayed in a unique light, leaving hearts merry and bright. 'A Cowgirl Country Christmas' is available to buy in physical copy at the links above!

A Cowgirl Country Christmas track listing:
1. Winter Wonderland
2. The Christmas Song
3. Jingle Bells
4. The Followers
5. Once in Royal David's City
6. What Child Is This?
7. Let It Snow
8. O Holy Night
9. Twas the Night Before Christmas

KUDZU 104.9 will be broadcasting live from the Arella Alpaca Farm on Saturday, October 3, 2020 from 2-4 pm during their October Fall Festival:

EVERY Saturday in October from 11 am -9 pm. An a-MAZE-ing Fall Festival! Bring your class, family, and friends to navigate the Corn Maze, but plan carefully as the maze will be haunted every night beginning at 6 pm. There will be tasty treats and a new play area to explore. Something special is going on EVERY Saturday during this festival. You won't want to miss a thing. Head over to our event page for details of daily events.

One Year Old & Starting out Anew:

Well, it's the One Year Anniversary for Brother Paul and Mike at the helm of the Rollin' Bluegrass Show live on KUDZU 104.9 this Satuday. They will have a special three hour long show to start the celebration off. There will also be BBQ at 11 am and there will be a tour of the Sun Bear Studio as they Celebrate their Grand Opening, plus a T-Shirt Drawing. Come join the fun this Saturday, September 5, 2020.