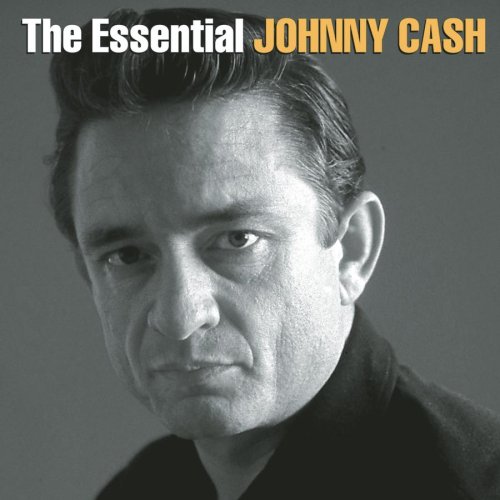 On May 31, the Tupelo-Lee Humane Society will be at Pappi’s Garage showing off a few of their furry friends and helping Pappi’s raise awareness and contributions. Pappi’s strives to help charities all across North Mississippi, and TLHS is a charity that holds a special place in the heart of the community. Emily Davis, the marketing manager at Pappi’s said each charity we choose to benefit has a special, reserved place in the heart of each person who help make the cruise-ins possible. TLHS is no exception. There is a $20 registration fee per classic car or hot rod, which enters registrants into drawings for cash prizes and for a chance to win the Charity's Choice Award given to the best and coolest looking vehicle chosen by a TLHS representative. There will also be the 50/50 raffle and a raffle item put together by TLHS. Big Bad Wolf and Jo’s Cafe will be present cooking up some of the best food you’ll ever eat, and PoPsy will be serving their delicious gourmet frozen treats as the cherry on top. Davis said TLHS does so much for the animals they take in, whether the animals are abused, neglected, lost, abandoned, and/or unwanted, they do their best to care for each animal that comes into their facility, which also helps out the community. On May 31st load up your family and friends and come to Pappi's Garage to raise awareness and contributions for TLHS and for a fun-filled evening of fellowship and friendship among fellow auto enthusiasts. For questions or concerns, call (662) 718-7897, email emily.davis@pappisgarage.com, or visit Pappi’s Garage’s Facebook Page.

DON WILLIAMS: MUSIC & MEMORIES OF THE GENTLE GIANTTOURING PRODUCTION SET TO PREMIERE WITH NASHVILLE SYMPHONY AT SCHERMERHORN ON OCTOBER 31 – NOVEMBER 2

NASHVILLE, Tenn. - Spanning more than 45 years, the music of Don Williams continues to connect adoring fans around the world, and soon they’ll have a chance to experience those iconic hits in a whole new way. Starting October 31,Don Williams: Music & Memories of The Gentle Giant takes residency at Nashville’s famed Schermerhorn Symphony Center for three nights of reflection of the Country Music Hall of Fame member’s music, accompanied by the Nashville Symphony, with Keith Urban serving as the show’s curator.

“Don Williams and his music are strong threads in the tapestry of my life,” said Urban. “I jumped at the chance to play even a small role in this incredible concert experience. There is no better way to celebrate him and his legacy than reliving those musical moments and I’m honored to be part of continuing to share his story and music."

Williams - (1939-2017) - was one of the earliest Country artists to take their music globally. In addition to his North American success, The Gentle Giant toured extensively throughout Europe and Africa and his legendary songs reached all corners of the globe and continue to capture the hearts of fans worldwide. His catalog is among the most streamed music from his era.

“This style of show has never been done before in Country music and it’s very fitting that we present Don and his music to the fans in this way,” says Robert Pratt, Don’s long-time manager. “Don was a very quiet and private person who loved performing for his legion of fans. I am especially happy to bring his music back to the fans and premiere this new show in Nashville with the symphony and then take it on the road throughout 2020.”

The concert is a musical journey through historical video performance of Don Williams, plus special guest singers live onstage, all accompanied by Don’s touring band and the Nashville Symphony.

During his career, Williams scored 17 No. 1 hits including “I Believe In You”, “It Must Be Love”, “Lord I Hope This Day Is Good” and “Tulsa Time.” He was inducted into the Country Music Hall of Fame in 2010, and was best known for his straightforward, yet smooth bass-baritone voice and soft tones which earned him the nickname The Gentle Giant of Country Music.

Exclusive pre-sale tickets for these shows go on sale via Ticketmaster with code GENTLEGIANT on Monday, May 27 for a limited time of 80 hours in celebration of Don’s 80th birthday. Tickets are also currently available with Nashville Symphony season ticket packages at NashvilleSymphony.org, 615.687.6400 or the Schermerhorn Symphony Center box office. Any remaining tickets will go on sale July 19, 2019 at 10 am.

Williams first came to prominence in the 1960s as a member of the folk group The Pozo-Seco Singers. The trio recorded several hit records, with the biggest being “Time.” By 1971, Williams had gone solo, and had signed a publishing deal with Jack Clement. The Hall of Fame producer was so taken with Don’s style that he offered him a recording contract with his JMI Records in 1972. Early hits included “Atta Way To Go” and “Come Early Morning,” as well as “We Should Be Together,” which became his first Billboard top ten hit from 1974. He then moved to ABC / Dot (Later MCA), where the hits increased. Tracks such as “Rake and Ramblin’ Man,” “Tulsa Time,” and “Nobody But You” helped to make him one of the most-played artists on Country Radio in the 1970s and 1980s. He took home the Male Vocalist of the Year trophy from the Country Music Association in 1978, and notched his biggest hit in 1981 with “I Believe In You,” which also crossed over to the top-30 on the Hot 100.

Subsequent moves to Capitol Nashville and RCA kept Williams on the charts into the 1990s, as he continued to play for huge crowds on the road. His success in the United States is well-documented, but the music of Don Williams has made him an international star – with followings in such places as Africa, England and New Zealand. He has placed 52 singles in the top-40 on the Country charts in the United States, with 17 going all the way to the top spot. Williams was a member of The Country Music Hall of Fame and The Grand Ole Opry. Williams appeared in the films W.W. and the Dixie Dancekings and Smokey & The Bandit II with Burt Reynolds.

His “T-ness” as he is many times lovingly referred to, began his musical journey in Georgia and was quickly nominated for a Grammy as well as earning CMA awards, the Addy Award for Excellence in Advertising, and a back to back Prism Award winning chart topper. As a recording artist, songwriter, performer and producer, T. Graham Brown has scored multiple number one songs in the country, blues, and gospel. He has hit the Billboard, Cash Box, and Christian music charts 35 times with hits such as “I Tell It Like It Used To Be,” self penned “Hell and High Water,” and “Darlene”. He also wrote the multiple award winning song, “Wine into Water”, which has been recorded over a hundred times by artists all over the world, most recently by country music star Loretta Lynn on her latest critically acclaimed album, 'Full Circle.'

T. Graham has performed on the iconic stage of the Grand Ole Opry hundreds of times and maintains a busy touring schedule all over the United States and Europe. He will tell you with a grin, “I’ve got a band and a bus, and I’ll keep taking the music to the people as long as God lets me. It’s what I love to do!”

Sheila was born in Fort Benning, Georgia and is the daughter of an Air Force pilot. She and T met in Georgia at college. The couple moved to Nashville after college so T. Graham could sing.

Sheila says, “We decided we would go the ‘Big Adventure’ of the country music business together, and we’re still on it. Our son, Acme, was born and lives in Nashville. We love Nashville and the music business, and our life here. We continue to travel all over the country and the world with our show. We feel very blessed to be able to do what we do. We think we have the best job in the world... we get to make people happy with music!”

"Being the 25th Annual MoonPie King, and Sheila being the Queen, is one of the highest honors to the Brown Family," says T. Graham. "Filling the boots of Waylon and Jessi will not be easy, however we shall give it our all. The legendary combination of the mighty MoonPie and RC Cola is unsurpassed in the lore of the south. Come to historic Bell Buckle, Tennessee to partake in the unparalleled hospitality and taste these classic treats. Long live the MoonPie and RC Cola!"

This year’s RC Cola and MoonPie Festival will be held on Saturday, June 15th. T. Graham and Sheila will be a highlight of the parade which starts at approximately 11:30. There will be a Coronation of the royal couple following the parade at the Captain Rodney stage on the festival grounds along with entertainment leading up to the Coronation.

So many memories to make. So little time in a day to pack it all in. A day of fun for young and old alike to celebrate THREE southern traditions: RC Colas, Moon Pies and Historic Bell Buckle, Tennessee- close to home but a world away.

It's Grillin' on the Square

Saturday, June 8th at 3 p.m. until 8 p.m. There will be live music, food and family fun! Arts & Crafts, Vendors and a Beer Garden. Proceeds will go towards special needs playground equipment in Ripley.

This event is a part of Ripley Main Street.

For more information call 662-512-0226 or visit them at www.ripleymsmainstreet.com.