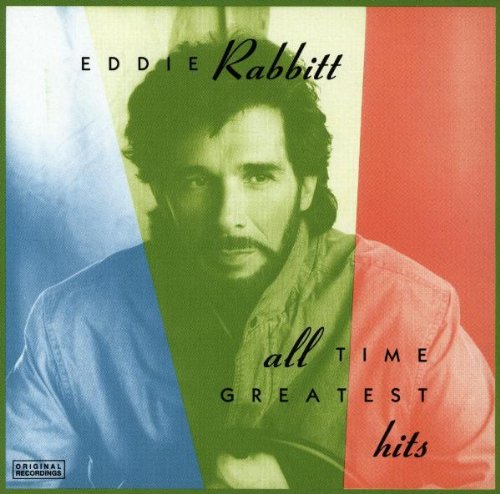 
Cooler weather is just around the corner, but we at Pappi’s Garage are on fire as we continue to raise contributions for charities across North Mississippi. Luckily, the Tupelo Fire Department is here to make sure we’re kept under control! On September 28 from 6 PM to 9 PM, Pappi’s Garage and the Tupelo Fire Department are joining forces to raise awareness and contributions for the Make-A-Wish Foundation. So be sure to come out and enjoy classic cars, hot rods, and one of the fire department’s fire trucks! Vehicles register for free, and there will be door prizes for registered cars, a 50 / 50 benefit raffle, Travis Kitchens playing everyone’s favorite oldies music, and B-B-Q and drinks served by Fire & Smoke B-B-Q.  Chris Johnston, an employee at Pappi’s Garage said it's always great to be able to help make a difference, and by teaming up with our local fire department, who are heroes themselves, we hope to bring out lots of support for this great organization and the wonderful lives it touches.

So be sure to mark it on your calendar, load up the family, and cruise on in to Pappi's Garage the last Friday of every month for a fun-filled evening of fellowship among fellow auto enthusiasts. For more information, call 662-260-4949 or email info@pappisgarage.com.

Tulsa, Okla. – Jana Jae, known for her virtuosity on the 'Magic Blue Fiddle,' is planning on taking the Hee Haw audience on a musical journey where she performed on the historic television program either as part of the Buck Owens band or as a soloist. In a new touring production entitled Kornfield Friends, Jana has put together a grouping of original cast members from Hee Haw. Kornfield Friends will bring a touch of ‘Kornfield Kounty’ to stages around the US and Canada and will have the audience involved from the beginning to the end. Whether singing, clapping, laughing or crying, this show has something for everyone.

“Are you ready to get ‘pickin’ and grinnin’?? I sure hope so, because we are all very excited about taking this show on the road,” says Jana Jae. “We did a couple test shows and they went over great. People just loved the down-home jokes and family-friendly show that took them back to when Hee Haw was originally airing.”

Each show will consist of Lulu Roman, Misty Rowe, Jana Jae, and Buck Trent – all four cast members of the hit country music variety show HEE HAW! HEE HAW is only one of a handful of television programs that have had a profound and lasting influence on American culture with many of its skits today being woven into the American comedic fabric. The hit television show, which continues to air on RFD-TV in reruns, take the viewer to their happy place in time with some rural culture, fun humor, and some great country music.

LULU ROMAN served up many laughs and, well, some greasy food at Lulu’s Truck Stop where the food and customer service was usually pretty bad. In addition, Lulu is remembered for being a member of the Hee Haw All-Jug Band and her sitting around on an old-fashioned sofa in the parlor being a deadpan character and commenting. MISTY ROWE is known for her “Bedtime Stories” sketch. Rowe would deliver one of her bizarre stories, sometimes a rewritten nursery rhyme. By the sketch’s end, she would deliver a humorous “moral to the story,” giggle, wink at the camera, and blow out the candle which was lit on the nightstand next to the bed where the story was told. BUCK TRENT is known for his pickin’ and grinnin’ as a featured performer on Hee Haw as well as his years working with Roy Clark.

On certain production shows a special guest, who had previously performed or appeared on Hee Haw will be added to the show. Those guests will be announced, in advance, of the performance.

Kornfield Friends is executive produced by Jana Jae, managed by Al Schiltz for The Consortium, and booked by Robert Williams and Whitney Crabtree for WBA Entertainment.

NASHVILLE, Tenn. — Due to recent success and high demand of the ‘Urban Cowboy Reunion Tour,’ country music hitmaker Johnny Lee along with Mickey Gilley, have extended dates into the fall and early winter.


The extension of the tour will take place at Mickey Gilley Grand Shanghai Theatre in Branson, Missouri. With the addition of multiple dates, fans who missed the first round of shows now have another chance to see these two superstars together once again, live.

After thirty-eight years, the music from the blockbuster movie ‘Urban Cowboy’ has remained a favorite among country music lovers with hits such as “Lookin’ For Love,” and “Cherokee Fiddle.” After spending three weeks at #1 on the Billboard Country Singles chart, “Lookin’ For Love” crossed over to the Billboard Pop Chart peaking Top Five in 1980.

While maintaining a heavy tour schedule throughout the country, Johnny Lee continues to promote his recently released autobiography, ‘Still Lookin’ For Love.’ This tell-all book reflects life while growing up in Texas and his chart-topping music career that has produced several hits including “One In A Million,” “Bet Your Heart On Me,” “Yellow Rose Of Texas,” “Pickin’ Up Strangers,” “Hey Bartender” and more.

While still promoting his latest album, ‘You Ain’t Never Been To Texas,’ Johnny is also fast at work in the studio, creating a new project that will be announced at a later date.

Johnny Lee is still going strong and there doesn’t seem to be anything that can slow this “Urban Cowboy” down.

Johnny’s familiar songs include a string of Top 10 hits, such as “One In A Million,” “Bet Your Heart On Me,” “Cherokee Fiddle,” “Sounds Like Love,” “Hey Bartender,” “You Could’ve Heard a Heart Break,” and many more.