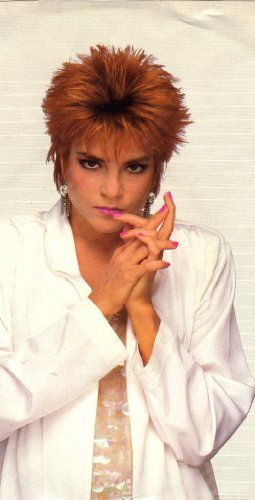 School is back in session, and you know what that means! Pappi’s Garage, located at 209 Commerce Street, is getting ready to teach you all about classic cars at their monthly cruise-in, benefiting Havis’ Kids out of Corinth, from 6 P.M. to 9 P.M. on Friday, August 31. Havis’ Kids is a charity that helps special needs children take a once in a lifetime trip down to Disney World in Orlando. As always there will be classic cars and hot rods, door prizes for registered cars, a 50 / 50 benefit raffle, Travis Kitchens playing everyone’s favorite oldies music, and food and refreshments served by Fire & Smoke B-B-Q.
Vehicles register for free, and even Mickey and Minnie will be there for photo opportunities. Emily Davis, marketing manager for Pappi’s Garage, said each month is an adventure and it warms our hearts to see the community come out to not only view great looking cars but to raise awareness and contributions for charities that mean something to them and are close to our hearts as well! Mark it on your calendar, load up the family and cruise on in to Pappi's Garage the last Friday of every month for a fun-filled evening of fellowship among fellow auto enthusiasts. For more information, call 662-260-4949 or email info@pappisgarage.com.

NASHVILLE, TN. - (August 23, 2018) – Country music royalty and a fifty-one year member of the Grand Ole Opry, Jeannie Seely, was recognized for her contributions to the music industry by the Nashville Convention & Visitors Corp with star number 82 on The Music City Walk of Fame during an induction ceremony on Aug. 21, 2018 at 11:30 a.m. in Music City Walk of Fame Park. Fellow Grand Ole Opry member, Trisha Yearwood presented Jeannie Seely with the special honor in front of invited friends, family, industry members and fans. In addition to Ms. Seely,Brenda Lee, Ray Stevens and Ben Folds were also inducted into the Walk of Fame.

Inductees are recognized for their significant contributions to preserving the musical heritage of Nashville and for contributing to the world through song or other industry collaboration.

“I’m honored to be a part of celebrating Jeannie Seely at the induction ceremony putting her star on the Music City Walk of Fame," said Trisha Yearwood. "Jeannie continues to do so much for our industry, and I’m proud to call her my friend."

“I am humbled by this recognition, and to know I have a place in history among my peers is truly astounding!  Hopefully those who are following our shared dreams will be inspired and encouraged by this walkway,” Said Jeannie Seely. ”Last year I saw the incredible respect given to those represented here. I can only hope that I have earned, and will continue to deserve that respect.”

Jeannie Seely’s recordings have spanned six decades and she continues to entertain at full speed today. Seely is a host on SiriusXM, “Willie’s Roadhouse,” where she shares personal memories and fun stories about the songs she spins. In January of this year she was recognized for ranking #2 in Billboard’s Top TV Songs Chart for January 2018 for her song “Anyone Who Knows What Love Is (Will Understand),” written in 1964 and recorded by Irma Thomas. The song is the trailer theme song for new “Jurassic World: Fallen Kingdom,” many acclaimed music artists recorded their own versions, including Seal and Boyz II Men and it has been featured in numerous episodes of the science fiction anthology Netflix television series “Black Mirror.”

She is a prolific songwriter who recently released “Written In Song,” a CD project with 14 tracks all co-written or self-penned by Seely. Many of the songs were recorded by Hall of Fame members. Jeannie earned a Grammy for her recording of “Don’t Touch Me” in 1967. A country music legend and trailblazer, Seely is recognized for her diligence in becoming the first female to regularly host segments of the weekly Opry shows and is credited for changing the image of Opry by being the first to wear a mini-skirt on the Opry stage. Known for her quick wit and humor, she documented them in her book, Pieces Of A Puzzled Mind, which is a unique collection of witticisms. Jeannie Seely has also starred in several major stage productions.

About Jeannie Seely:
Country music legend Jeannie Seely has achieved chart topping songs as a solo artist, as a duet partner, and as a songwriter. Early in her career, Jeannie’s deeply moving vocals earned her the nickname of “Miss Country Soul”– a title that’s still used today. Jeannie’s biggest dream came true when she was inducted as a member of the world-famous Grand Ole Opry, becoming the first Pennsylvania native to do so. Jeannie takes much pride in her involvement and support of musicians’ rights. In 2017, Jeannie celebrated her 50th anniversary as a member of the Grand Ole Opry.  From her 1966 Top 10 Billboard album The Seely Style to her recent self–produced album Written In Song, consisting entirely of songs she’s written, Jeannie’s recordings have spanned six decades and provided enjoyment to country music fans all around the world. In his 2003 book “Finding Her Voice: Women In Country Music,” music critic Robert K. Oermann wrote, “With her chin-out, tough/tender, heart-of-gold manner, Jeannie Seely remains one of country’s most completely modern female personalities,” and that statement still holds true. Keep up with all things Jeannie Seely at www.jeannieseely.com.

FORT WORTH, Texas – Billy Bob’s Texas partner Billy Minick’s years and years in the rodeo business have been recognized with the highest honor. Minick, a stock contractor, was enshrined in the ProRodeo Hall of Fame, Aug. 4, in Colorado Springs, Colo.

The gravity of the honor wasn’t lost on Minick, who was short on words when he received the phone call that he was being inducted – he hadn’t had time to process his new place in immortality. “It took my breath away at first,” said Minick, 79. “I got a few tears. To be among those guys, even the past and the present and future cowboys, it’s kind of like that famous old quote that’s been said by all the cowboys, and even in song: ‘All I ever wanted to be was a cowboy.’”

Minick began his professional rodeo career in 1959, enlisting in the Rodeo Cowboys Association after winning titles in both high school and college. His first ProRodeo was the Mesquite (Texas) Championship Rodeo. At the peak of his rodeo career, Minick qualified for the National Finals Rodeo as a bull rider in 1966. That season he finished fourth in the world standings. Although Minick reached the NFR as a contestant, that wasn’t his calling. Being a stock contractor was.

Minick, who was born Jan. 10, 1939, in Fort Worth, Texas, is recognized as being instrumental in bringing the historic Fort Worth Stockyards back to prominence. Minick also hosted the inaugural Justin Cowboy Crisis fundraiser with John Justinand Major League Baseball Hall of Fame pitcher Nolan Ryan. Minick was a PRCAWinston Tour team sponsor and produced two Winston Tour events in Fort Worth.