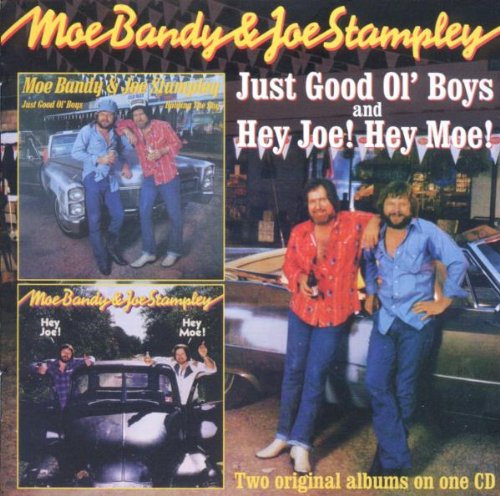 Nashville, Tenn. – Summer is about to get a lot more exciting, as country legend T.G. Sheppard adds additional dates to his blockbuster “Party Time Tour.” The 21-time chart topper is hitting the road in celebration of the 35th anniversary of “Party Time,” the song which topped the Billboard Hot Country Songs survey. Audiences will be taken on a walk down memory lane, with a combination of sing-along ballads and upbeat tracks. Rolling Stone Country agrees, while recapping Sheppard’s recent “nostalgic” performance at CMA Music Festival as one of the “26 Best Things We Saw.”


"I'm excited to say that this is one of my most successful tours in years," said Sheppard. "It's great to look out and see crowds of all ages who are coming back and gravitating to classic country music of my era."

In addition to “Party Time,” the country trendsetter will perform a set list full of No. 1 hits. Standards like “I Loved ‘Em Every One,” “Do You Wanna Go the Heaven” and “Last Cheater’s Waltz” will remind fans of the music that they once fell in love with, while creating new ones along the way. In an effort to show that traditional country music is back and more popular than ever, Sheppard will bring a lively, energetic show that will have all of the fans on their feet.

Sheppard’s “Party Time Tour” includes stops throughout the United States, along with dates in Canada. One highlight this summer is Sheppard’s return home to Memphis for a show with songstress Kelly Lang. The dynamic pair will perform at The Guest House at Graceland Theater on July 1, presented by Springer Mountain Farms®. Sheppard was a close personal friend of Elvis, with the “Jailhouse Rock” singer gifting Sheppard his first tour bus in 1976 as a token of their friendship. Additional dates for the “Party Time Tour” will be added weekly at tgsheppard.com.

NASHVILLE, Tenn. – The 2017 Summer NAMM Show is set to welcome a variety of music legends as it returns to Nashville’s Music City Center, July 13-15. The annual summer gathering of the music product, pro audio and entertainment tech community brings together top brands, professional development sessions and an opportunity to network with peers, with Music City as the backdrop.

This year’s show will welcome a variety of legendary performers, including a special performance from country music pioneer and multi-Grammy® award winner, Charley Pride, who will release his new album, Music in My Heart, July 7. For the past 50 years, Pride has enjoyed one of the most successful careers in country music and is credited with helping to break color barriers within the genre. A true living legend, he has sold tens of millions of records worldwide with his large repertoire of hits. Pride counts three Grammys among his accolades, and 36 chart-topping country hits, including “Kiss An Angel Good Morning,” a massive #1 crossover hit that sold over a million singles and helped Pride land the Country Music Association’s “Entertainer of the Year” award in 1971 and the “Top Male Vocalist” awards of 1971 and 1972.

Pride continues to perform concerts worldwide and will perform onSaturday, July 15 at 1:00 p.m. on the NAMM Reverb Stage on the Terrace as part of the show’s Music Industry Day. Music Industry Day is open to the public and welcomes music professionals, students, academics and others involved in the creation and production of music to The Summer NAMM Show.

Other notable events during The Summer NAMM Show include the previously announced American Eagle Awards, happening Thursday, July 13 at 6:00 p.m. in the Grand Ballroom of Music City Center. Presented by the National Music Council with support from The NAMM Foundation, the evening event will honor songstress Crystal Gayle, singer, songwriter and poet Patti Smith, and comic, actor, writer, musician and creators' rights activist Harry Shearer. The highly prestigious awards are presented each year in recognition of long-term contributions to American musical culture and heritage, the importance of music education for all children, and the need to protect creators’ rights both locally and internationally. The awards show is open to all NAMM attendees, with a limited number of VIP tickets available for sale by visiting www.musiccouncil.org

NASHVILLE, Tenn. – Together, Country Music icons Wynonna and Naomi Judd made musical history throughout their career receiving eight Gold and eight Platinum records, selling over 20 million albums and scoring twenty Top 10 hits between 1984-1990. Now, Curb Records is excited to bring fans the ultimate collection of those years together. The Judds – All-Time Greatest Hits will be released onFriday, June 30 – and will feature each of the classic hits that helped to make them a household name on Country Radio in the 1980s and 1990s.

"Some things continue to get better with time, like fine wine and the Judds music," says Naomi Judd. "I’m so proud that our music has stood the test of time. It makes my heart smile when I turn on Country Radio and I can sing along with our hits."

The twenty-one song set will feature each of the duo’s top ten hits, as well as “You Can’t Go Home Again (Flies On The Butter),” a recording from 2011. Beginning with the classic #1 hit “Mama, He’s Crazy” in 1984, and continuing through 1991’s “One Hundred and Two,” the duo established a career that will stand with one of the top duets in Country Music history. Fourteen times the duo topped the Billboard Country Singles chart, and each of their five studio albums were certified Gold or Platinum.

Along with their sales and airplay success, The Judds also dominated the awards shows like no artist before their time. Starting in 1984, the duo netted nine CMA Awards, including a run from 1985-1991 as either Vocal Duo or Vocal Group of the Year. Their trophies also include the 1985 Single of the Year “Why Not Me,” which is also included on The Judds – All Time Greatest Hits. They also won seven straight trophies from the Academy of Country Music – and the 2013 Cliffie Stone Pioneer Award. Their award collection also includes five Grammy awards. The Judds were the subject of a 1988 CBS TV-Special called Across The Heartland, a 1995 NBC mini-series based on Love Can Build A Bridge, the best-selling novel written by Naomi, and a 2011 reality series, The Judds, on the Oprah Winfrey Network.