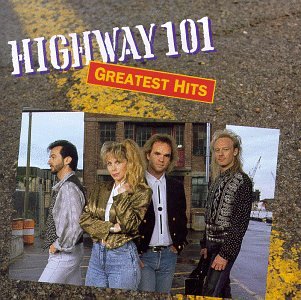 ·                  Battle Anniversary Commemoration, Saturday, April 2, 2016.  Several living history groups, including civil war photography, quartermaster, naval, infantry, artillery, and cavalry will present living history, lectures, firing demonstrations, and field maneuvering displays on the battlefield.  In addition, representatives from the U.S. Navy Ticonderoga-Class Destroyer “USS SHILOH” will be on-hand to present information about the ship and to participate in the days’ events.  Battlefield Hikes and interpretive events will also be presented on April 4th through April 8th.

·                  Memorial Day, May 30.  Join us as we remember those who have fought and died for our country.  Services will be held at the Shiloh National Cemetery and at the Confederate Burial trench.

·                  Every Kid in a Park.  This year the White House announced an initiative that invites all 4th graders and their families to experience the places that are home to our country’s natural treasures, rich history, and vibrant culture FREE OF CHARGE, through the Every Kid in a Park Campaign. In March and April, Shiloh NMP will present a “School of the Civil War Soldier” Children’s Program, as well as Native American programs. Participating in these special programs, will be 4th Graders from Hardin and Alcorn Counties, and Corinth City Schools.This program is made possible by a generous grant from Disney.

·                  Concert in the Park Series.  Beginning Memorial Day weekend, the park will host a monthly concert in the park, and each event will have a different genre.  Here is the schedule (various artists, to be announced in subsequent press releases):

·                  Corinth Heritage Festival, November 5, 2016.  A joint event between the park and the City of Corinth, this event commemorates the Siege and Battle of Corinth and will include a camel brigade, living history, and music.  The highlight of the event will be the Grand Illumination, where 12,000 luminaries, one for each casualty of the siege and battle, will be placed throughout the city.

For a complete schedule of events at Shiloh and Corinth, go to our website at www.nps.gov/shil, and find us on Facebook @ShilohNMP, and on Twitter @ShilohNPS.

WE THINK OUR CLASSIC HITS ARE JUST...