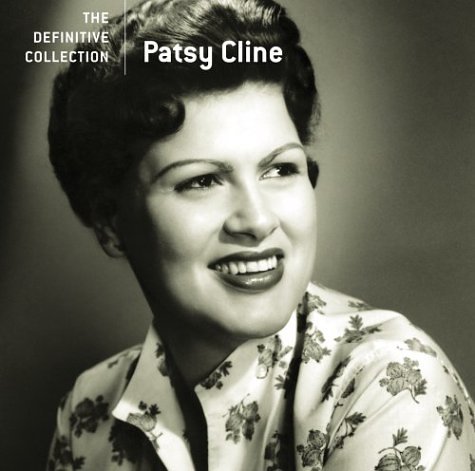 Grammy Award winning singer-songwriter Miranda Lambert is the reigning four-time CMA and reigning four-time ACM Female Vocalist of the Year. Her last album, Four the Record, made history when it debuted atop Billboard’s Top Country Albums chart, making Lambert the first country artist in the 47-year history of the chart to have each of her first four albums debut at #1. Experience the unmistakable success of this multi-talented star in this brand new exhibit. Learn More Social Media Copy: Award winning singer-songwriter @mirandalambert will be featured in a new @countrymusichof exhibit beginning 5/16! https://bit.ly/1hxxTPv.

A Conversation with John Prine

John Prine is renowned as a singer-songwriter with a knack for social commentary, free from judgment but full of poignancy, heartbreak, and humor. Prine has released over twenty albums, two of which won Grammys for Best Contemporary Folk Album. He also has continued to provide hit songs for other artists, including “I Just Want to Dance with You” for George Strait and “Love Is on a Roll” for Don Williams. Prine will discuss his early musical influences, creative inspiration, and his career as an artist in an in-depth interview hosted by journalist Peter Cooper.

NASHVILLE, April 3, 2014 - The Country Music Hall of
Fame® and Museum will officially reveal the final phase of
its state-of-the-art expansion on Tuesday, April 15, at 1:15
p.m. with the opening of an additional 10,000 square feet of
dynamic new exhibit space. The grand opening ceremony is
supported by Ford Motor Company and the Middle
Tennessee Ford Dealers.
Open to the public, the grand opening celebration will take
place on an outdoor stage at the corner of Demonbreun and
5th Avenue South in Nashville, and will feature performances
by Vince Gill, Ricky Skaggs, Lee Ann Womack, Buddy
Miller and more, along with appearances by dignitaries
including Nashville Mayor Karl Dean and other special
guests.
The debuting exhibits comprise the joint ACM Gallery and
Fred and Dinah Gretsch Family Gallery, featuring an
interactive, hands-on immersion into the country music of
today, and the Design Gallery: A Window into the Collection,
which allows a behind-the-scenes view of museum staff hard
at work on actual archival projects.
The ambitious 210,000-square-foot expansion more than
doubles the size of the museum and augments the institution's
ability to focus on its core mission to preserve, interpret and
teach the history of country music and related vernacular
music rooted in Southern culture.
Previously unveiled sections of the expansion include new
education, entertainment, retail and event spaces, including
the 800-seat CMA Theater, the Taylor Swift Education
Center, the legendary and thriving letterpress operation Hatch
Show Print and the Event Hall overlooking the Nashville
skyline. The expansion also includes much needed archive
and library spaces, allowing for even more robust cultivation
of the museum's treasured collection.
"This expansion is a major milestone for the Country Music
Hall of Fame and Museum," says Kyle Young, Museum
Director. "It also embodies the exciting momentum shaping
Nashville today, especially downtown. All of us at the
museum are so proud to help lead the current growth that is
defining one of the country's most culturally significant
regions."
As a result of its pioneering 2001 downtown relocation, the
museum now sits at the epicenter of Nashville's rapidly
growing core. Accredited by the American Alliance of
Museums since 1987, the museum has been assembling its
two-million-item collection since 1967. Using its unrivaled
collection and expertise, the museum seeks to engage visitors
in the breadth and depth of country music's evolving story, in
the context of local and national history.

More than 10 years after his death,
Johnny Cash has debuted on top of
the country albums chart with the
Columbia/Legacy release Out
Among The Stars. The collection
features 12 previously unreleased
songs recorded more than 30 years
ago and discovered by his son John Carter Cash.
Stars sold almost 54,000
copies according to Nielsen
SoundScan figures, and landed at
No. 3 in the all-genre chart.