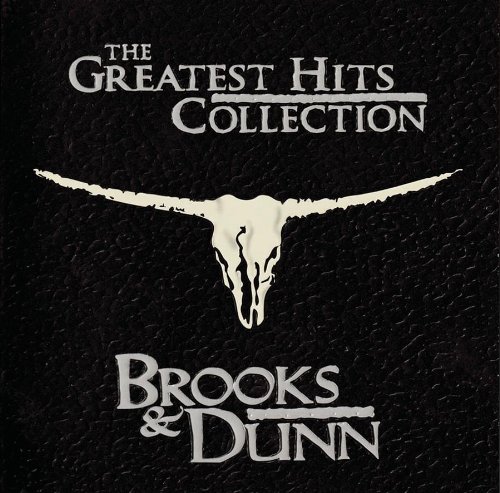 Jackson, Miss. (March 21, 2013) - On Monday, March 25, country music singer-songwriter Johnny Russell will be honored with a marker on the Mississippi Country Music Trail. The marker unveiling will be held at 10:30 a.m. at 101 East Delta Avenue in Moorhead, Miss. Governor Phil Bryant is scheduled to offer remarks during the event.

John Bright “Johnny” Russell (1940-2001) was born and raised in Moorhead and went on to become a star of the Grand Ole Opry and a popular country recording artist, with such hits as “Catfish John” and “Rednecks, White Socks and Blue Ribbon Beer.” He is best remembered as the author of “Act Naturally,” one of the greatest country-pop crossover songs–a hit for both Buck Owens and the Beatles that sold over 20 million copies.

Born in Moorhead on January 23, 1940, Russell grew up listening to Lefty Frizzell and Ernest Tubb on the Grand Ole Opry and longing to be an entertainer. When he was 12, his father, a sharecropper and mechanic, moved the family to Fresno, Calif. As a teenager there, Russell began winning talent contests as a joke-cracking singer of country songs. Just out of high school, while playing in small clubs, he was signed by Radio Records and recorded his song, “In a Mansion Stands My Love.” When the song attracted attention as covered by Jim Reeves on RCA Victor, Russell headed for Nashville. He was 19.

After his occasional recordings on ABC and MGM Records in the early 1960s had little impact, Russell returned to Mississippi and then to California as a local broadcast host. When Voni Morrison, a songwriter with whom he sometimes shared credits, brought Russell’s “Act Naturally,” a sad-sack comic song that he’d written in a half hour, to Buck Owens’ attention, Buck & the Buckaroo’s recording proved a major 1963 country hit. The song became a crossover classic in 1965, when the Beatles covered it, Ringo Starr doing the vocals. Russell then returned to Nashville as a publishing executive and staff writer for the Wilburn Brothers’ Sure-Fire Music, where he wrote songs that were recorded by the Wilburns and Loretta Lynn.

In 1971, Russell finally began focusing on his own performing career. Chet Atkins signed him to record for RCA Victor, which led to his highest-charting records, “Catfish John” (reflecting his Delta upbringing) in 1972, the Grammy-nominated “Rednecks, White Socks and Blue Ribbon Beer” and “The Baptism of Jesse Taylor” the following year, and “Hello I Love You” in 1975, all by other songwriters and in contrast to the heartbreak ballads Russell usually wrote. Porter Wagoner and Dolly Parton had a hit with his “Making Plans” (1980), George Strait with his “Let’s Fall to Pieces Together” (1984) and Gene Watson with “Got No Reason to Go Home” (1985).

Russell was widely seen on TV’s Hee Haw, and he joined the cast of the Grand Ole Opry in 1985, quickly becoming a mainstay as an affecting singer and charming comedian—with the jokes often turning on his own notable weight. In 2000, top country artists backed him as he recorded “Actin’ Naturally,” a collection of his own songs, including “Ain’t You Even Gonna Cry,” which became a standard—and all published by his own company, appropriately named Sunflower County Songs. He was inducted into the Nashville Songwriters Hall of Fame in 2001, the year of his untimely death.

Much like the Mississippi Blues Trail, which now garners more than 160 markers, the Mississippi Country Music Trail celebrates Mississippi's rich heritage of country music legends and chart toppers. The trail will feature a variety of country music artists, including Jimmie Rodgers, Marty Stuart, Mac McAnally, Faith Hill, Charley Pride and others to comprise the first 30 markers across the state.

Well, the LAST day to enter was YESTERDAY in the Country Music Cruise!

.....SO A BIG Congrats to PETE PETERSON!!! WINNER OF THE COUNTRY MUSIC CRUISE!!!! Enjoy the cruise, Pete! And be sure to take pictures!!!!

Thanks to all who participated!

Special Program from the Country Music Hall of Fame

Pedal steel guitarist Paul Franklin's many recordings include "All My Ex's Live in Texas" by George Strait and "Don't Rock The Jukebox" by Alan Jackson. A program saluting Paul will be streamed on Saturday, March 23, 2013 at 1:30 p.m.  Following the program, Franklin will sign a custom Hatch Show Print, purchased outside the Ford Theater.  This program will be streamed live at CountyMusicHallofFame.org.

nny Rogers, Larry Gatlin & The Gatlin Brothers, Patty Loveless, Jo Dee Messina, Ronnie Milsap, Restless Heart and many more!
This 7-Day Luxury Voyage Runs January 19-26, 2014 - From Ft. Lauderdale to Grand Turk, San Juan, St. Maarten and Half Moon Cay Amidst the music, guests will be invited to a beach party on their very own private island, line dancing events, cooking exhibitions, wine tasting, songwriter workshops, spirited trivia contests, exclusive screenings of country music films and documentaries, games and more. All Courtesy of: Entertainment Cruise Productions!
How to enter: Submit an entry at: www.countryradiocontest.com OR by calling 1-888-534-7664 when we ask you to call in.  The promotion runs: March 4, 2013- March 21, 2013.  Grand Prize Winner announced: March 22, 2013.  Find out more about the cruise itself here.  Click on our Contest Page for more information about any promotions or contests we might have coming up or going on right now.

Congratulations to Brian Settlemire of Walnut, and to Joey Gilmore of Corinth and to our latest winner Larry Thrasher of Corinth.  They won two tickets each to the Monsters, Mudd & Tuff Truck event this Friday night, March 8th at the Crossroads Arena compliments of KUDZU 104.9!  Keep listening you could be our next winner!

Also this week we'll be giving you a chance to win ticekts to the Monster, Mud & Tuff Truck 2013 event at Crossroads Arena.  Listen to call in and win!  For the Monster Truck contest we'll use this phone line: 662-841-0447.