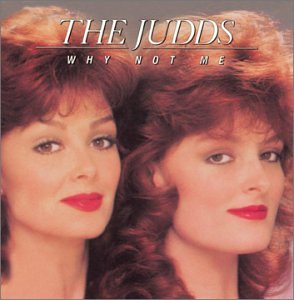 Posted about three years ago by Webster Publishing

Sylvia Celebrates 35th Anniversary of No. 1 Hit "Nobody" With Appearances at the Grand Ole Opry and More!

NASHVILLE, TENN. – This year marks the 35th anniversary of Sylvia’s No. 1 smash crossover hit “Nobody,” which dominated the country music charts, leading the acclaimed singer to win the ACM award for “Female Vocalist of the Year.” The chart-topping vocalist shows no signs of slowing down anytime soon, as she returns to the legendary Grand Ole Opry this Saturday for another uplifting performance (purchase tickets HERE).

“I can’t imagine a better way to celebrate the 35th Anniversary of ‘Nobody’ topping the charts than to perform it on the Grand Ole Opry,” says Sylvia. “I’ve been listening to the Opry my whole life. In fact, my earliest memory of listening to the Opry was during a road trip from Kokomo, Indiana to Lafayette, Tennessee on a Friday night to visit my grandparents. It makes me wonder what little child might be out there listening this Saturday night dreaming of someday standing on that stage…”

After high school graduation, Sylvia moved to Nashville to realize her dream of becoming a recording artist and in a few short years signed with RCA Records. The rest is history! Sylvia is detailing her full career journey on her web series “Sylvia: The View From Here,” produced by The Nashville Soundbite. In the latest episode, the songstress opens up about her early career when she auditioned for the part of Daisy Duke in the hit series “The Dukes of Hazzard.” Even though ultimately she didn’t get the part, the story came full circle when Daisy Duke actress Catherine Bach was the presenter the year Sylvia picked up the award for “Female Vocalist of the Year” at the ACM Awards. Fans can watch the latest episodes, and past videos HERE.

On her latest album It’s All In The Family, Sylvia expanded her horizons as a songwriter, co-writing 9 of the 12 songs on the record. The singer/songwriter is returning to east Tennessee on Saturday, August 19th for a 4:00p matinee show at the Sixth Annual Smoky Mountains Songwriters Festival in Gatlinburg, TN. In addition to singing the hits, Sylvia will take attendees on a musical journey into the heart of her new album, exploring life's challenges and joys, and the growth that she - and they - have experienced along the way. Tickets are available HERE.